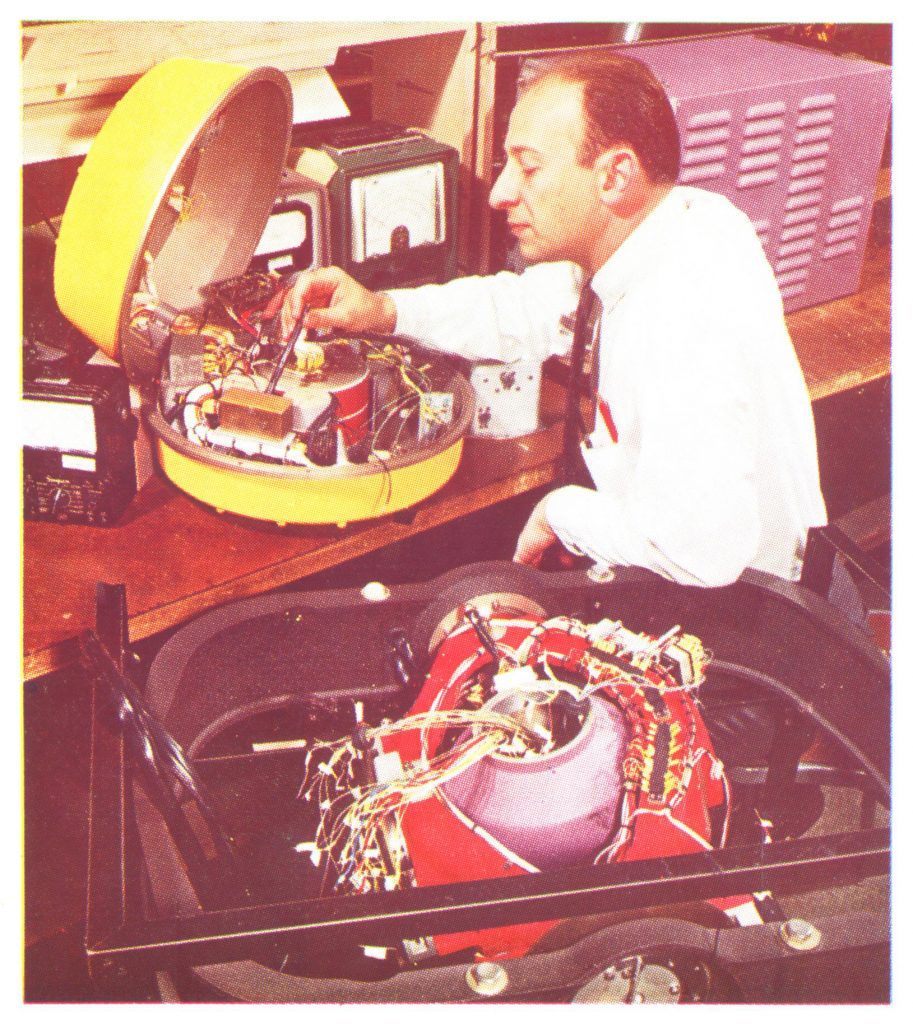 Astronautics Project Engineer Rollie Voith (1963) making final adjustments on a portion of the company’s ‘star tracker’ and stabilizer platform for NASA’s X-15 orbital aircraft in order to photograph stars in the ultraviolet region without the interference of the earth’s atmosphere.

MILWAUKEE, WISCONSIN, July 19, 2019 – Astronautics Corporation of America joins aerospace and defense companies worldwide in commemoration of the 50th anniversary of the first lunar landing as part of the Apollo 11 space mission.  This mission remains a pinnacle of human achievement and a template for aerospace excellence and ingenuity.

“The 50th anniversary of man walking on the moon is an amazing accomplishment and one that should be celebrated, as it is tangible evidence of the aerospace industry’s influence and impact,” said Astronautics President Chad Cundiff.  “For 60 years, Astronautics’ mission has been singularly focused on pushing boundaries of technology by providing innovative solutions for the U.S. space program and commercial and military aviation.”

In 1959, a newly formed Astronautics won its first program from the U.S. Air Force and NASA to calculate fuel energy management for a possible lunar voyage.  A mathematical simulation of an orbital rendezvous and docking between two spacecraft quickly followed; and ultimately, work on Apollo’s ‘man into space’ project with the specific task of fuel calculations for Apollo’s re-entry into earth’s atmosphere.  All of these calculations were based on principles of cruise control systems for jet aircraft—a niche expertise of the company’s first engineers.

Astronautics then worked on two projects that left the earth’s atmosphere and directly benefitted astronomy and meteorology research at the University of Wisconsin. The first was a miniaturized tape drive, powered by solar energy that recorded infrared sensor data aboard NASA’s TIROS weather satellites. The second project—a gyro-controlled platform and star tracker for NASA’s X-15 rocket-powered research aircraft—photographed the first stars from beyond the atmosphere.  The X-15 bridged the gap between manned flight in the atmosphere and space flight as the first winged aircraft to attain hypersonic velocities of Mach 4, 5, and 6.

Astronautics designed and manufactured the high-resolution monitors used to track space shuttle orbiters at NASA’s Johnson Space Center Mission Control in Houston.  The flight decks of both the space shuttle ground simulator and trainer aircraft had the company’s flight instruments and displays.

Astronautics’ subsidiary, Kearfott, created the inertial measurement units in the space shuttle orbiters and the precision space gyros that helped navigate several unmanned interplanetary space missions such as the Galileo to Jupiter, the Magellan to Venus, the Mariner and Viking to Mars, and Voyager that has traveled beyond the solar system.  Kearfott gyros are also used to point NASA’s major space-based telescopes and satellites.

“As we celebrate the 50th anniversary of Apollo 11, we at Astronautics are proud of our role—past and present—in pushing the boundaries of technology to make space exploration into a reality,” added Cundiff.  “Astronautics looks forward to new missions with new technological challenges requiring excellence and ingenuity in order to make the impossible possible.”

Astronautics Corporation of America, headquartered in Milwaukee, Wisconsin, is a global leader in the design, development, and manufacture of secure avionics equipment and systems for the commercial and military aerospace industry. Key product areas include electronic primary flight and engine displays, connected aircraft and cyber solutions, electronic flight bags, and certified servers for airborne applications. Services include avionics system integration and custom software for critical applications. Since its founding in 1959, Astronautics has been providing trusted, reliable, and tailored solutions to help clients achieve mission success.  Astronautics is the parent company of Kearfott Corporation, headquartered in Woodland Park, New Jersey, specializing in guidance, navigation, and motion-control products for land, sea, air and space applications.